Do you want to understand what we do? Accompany us to a test situation …

We will use the drive inverter as an example to show you how we efficiently implement typical test requirements with an e-drive emulator and deliver you decisive advantages: 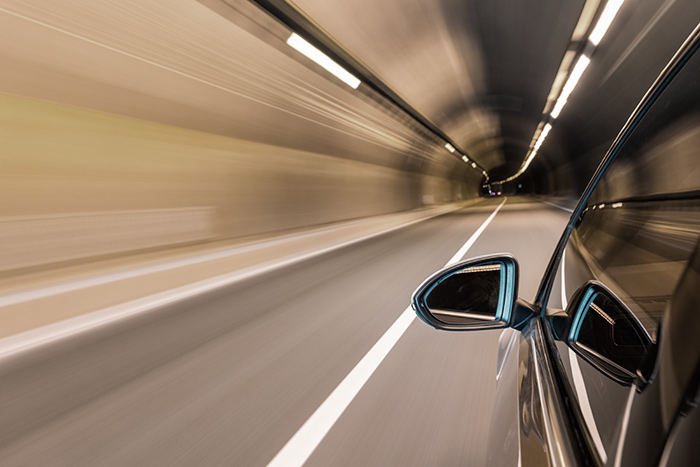 The basis for a well-adjusted motor controller is the inverter’s current controller. The torque on the e-motor’s shaft is proportional to the current and correlates with the current angle. The e-motor emulation allows this task to be carried out very quickly and significantly simpler than with a real e-motor. The inductive values in the d and q axes and the phase inductivity can be represented by adjustable parameters and without any form of temperature dependence.

In contrast to a real e-motor, the heating of the motor does not need to be considered, meaning that the adjustment work can be done under constant conditions. It is up to the user whether they wish to represent saturation behaviour or not. The given virtual rotor position is always numerically constant and is not subject to any load machine control accuracy issues. If torque is generated due to the current flow, then this, in contrast to a mechanical layout, has no effect at all on the stability of the rotor position.

The self-protection function is complex and needs to react quickly due to the low thermal inertia of the semiconductors and therefore cannot be solely based on a temperature measurement. With an emulated e-motor, operating conditions can be kept absolutely constant and repeatable at any time, which significantly simplifies checking self-protection.

The drive inverter can brake the powertrain using recuperation (energy harvesting). This brake function has a strong influence on driveability and the driving experience of an electric vehicle and therefore the desired behaviour must be correctly defined, and accordingly checked. Extreme braking manoeuvres that place the inverter at the limits of its performance are particularly challenging.

It is important during such tests that the test bed does not influence the system. This can be critical with a mechanical system due to the dynamometer controllers. Using an emulated e-motor means that dynamics of the original system are correctly replicated without the influences of dynamometer control. 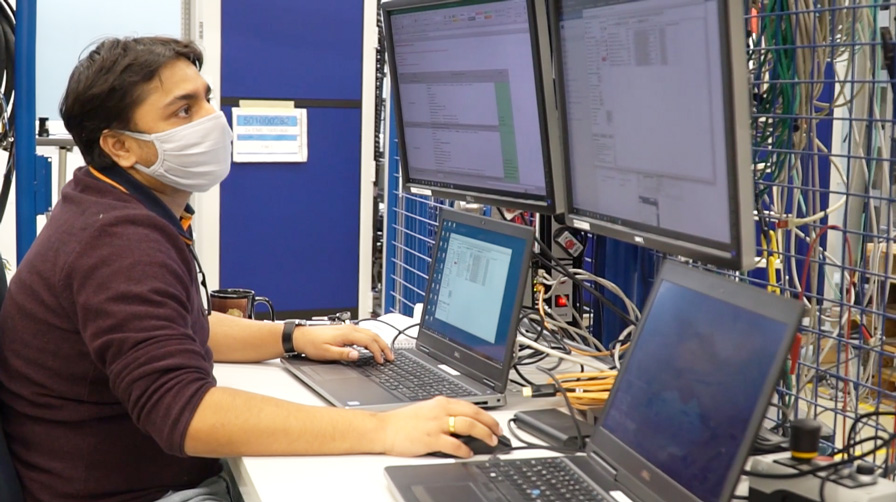 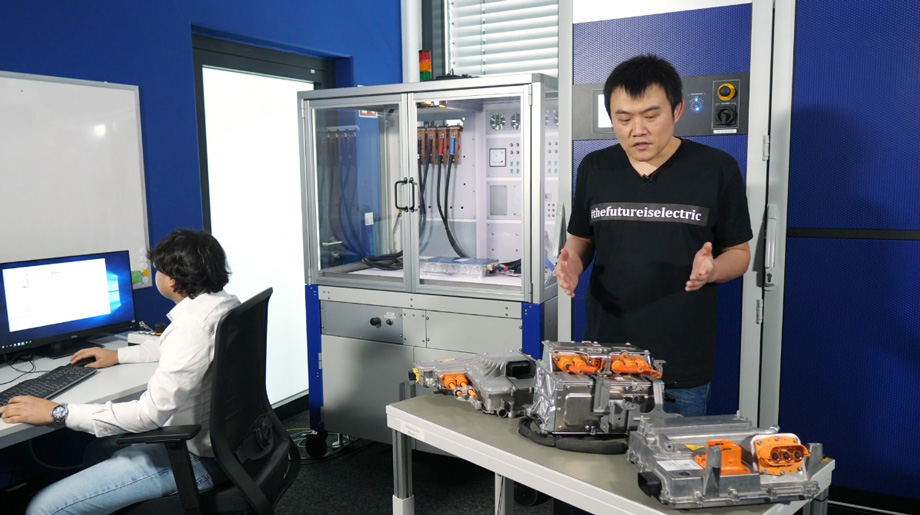 The efficiency of the inverter in an electric powertrain has a direct influence on the vehicle’s range and the required battery capacity. Today, the efficiency of the drive inverter is still measured on a test bed in conjunction with a real e-motor. The measurement procedure is quite involved and takes a lot of time (up to 30 hours per measurement plot) since each individual operating point must be mechanically stabilized. The e-motor also needs to be thermally stable if reproducible results are to be obtained.

In addition, inaccuracies are present due to the adaptation of the e-motor and influences resulting from its production tolerances if the measurements are not always conducted with the same motor. Precise e-motor emulation enables the efficiency map of an inverter to be measured within just a few minutes: With exact reproducibility and without the undesired influences of a real e-motor.

In order to test a drive inverter analog to the normalized WLTP cycle, the e-motor emulation is connected via its serial interface to a vehicle simulator. This enables the energy consumption of the inverter and the power losses to be determined in an emulated environment without rotating components. The use of e-motor emulation neutralizes the influence of the e-motor on the test cycle so that the behaviour of the inverter can be evaluated in isolation.

Such an investigation of the inverter is not possible in conjunction with a real e-motor since the e-motor influence cannot be excluded from the results. An emulated environment guarantees that the inverter can be optimised in isolation and opens up the opportunity to compare inverters simply and in a standard way (Benchmarking).

Tests conducted on rotating test beds are limited regarding the achievable dynamic response. This is a result of the physics of the rotating parts (rotational inertia), the distortion of the flange, and the control dynamics of the dynamometer. After all, a dynamometer only represents a “second powertrain”.

Depending on the application, this can have the effect that the load system acts as a low-pass filter. In this case, dynamic tests such as those required for ABS or traction control do not deliver representative results. There is even the danger that the function controllers in the inverter need to be adapted to the control characteristics of the dynamometer and the real controller behaviour in the vehicle shows different results.

The huge advantage of our testing solution? An e-motor emulation does not have these physical limitations since there are no rotating parts in the test layout. The dynamic limitation of the e-motor emulator is several factors of ten higher than that of a dynamometer (torque, speed) and can therefore be safely ignored. This enables the real vehicle characteristics to be correctly reproduced via the emulated e-motor without compromise. Either way, the dynamic controller settings will also be valid later in the vehicle, assuming an accurate vehicle model was used on the test bed. 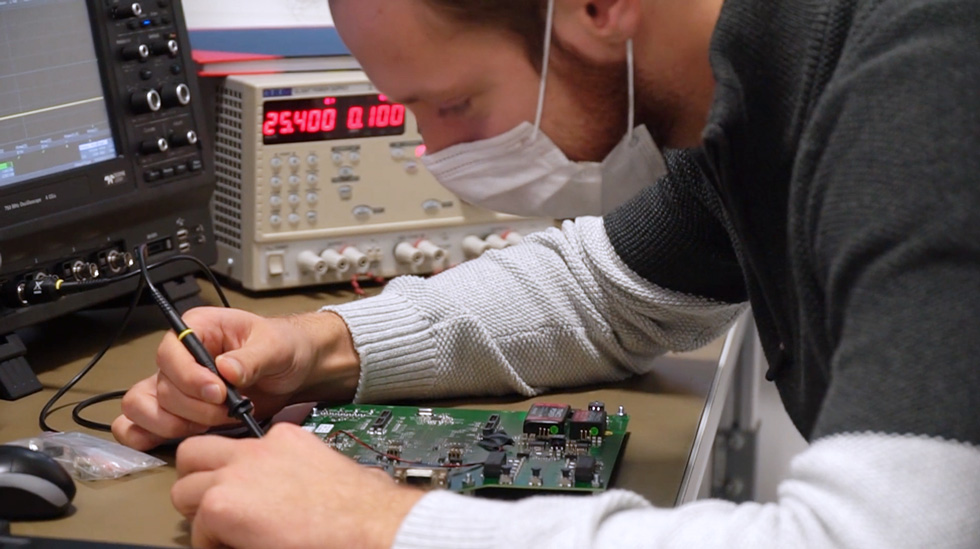 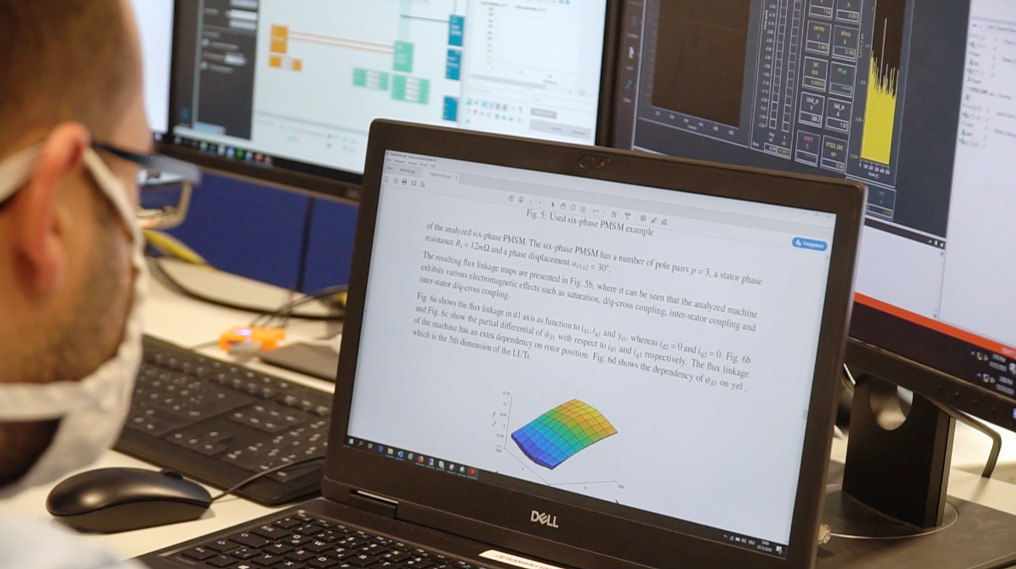 So-called “Fault Stimulation Tests” are required on a drive inverter in order to check the specified behaviour of the inverter in the event of faults. This is mandatory, particularly in view of the ISO26262 standard, to validate the functional safety of an electric powertrain. Depending on the vehicle’s topology, the vehicle’s inverter displays a high level of criticality (for torque vectoring, e.g., ASIL-D), which must be validated via appropriate tests on the unit. Typical fault scenarios include loss of rotor position, phase short circuit, or an active inverter short-circuit as “fail-safe” strategy.

Over and above this, there are numerous further important fault scenarios such as overheated magnets in the e-motor, bearing imbalance, de-magnetization, just to mention a few at this point. Such fault stimulation tests are very difficult or even impossible to conduct with a real e-motor. This makes repeated tests within an automated test impossible.

Game changer motor emulation: E-motor faults can be very easily, reproducibly, and automatically conducted with a test system with an e-motor emulator, since in this case the e-motor is simply being modelled by software. A further advantage of this test layout is the extended protection for the drive inverter because the emulator limits the phase current to a previously defined maximum value. This ensures that the unit under test is never damaged if the inverter displays undesirable behaviour during the fault test.

Validating high-speed drive inverters in combination with a real e-motor requires an extremely complex mechanical layout. If applications need to reproduce speeds of well over 50 krpm, such as for turbochargers, then the smallest imbalances or faults can lead to the destruction of the test bed. Accordingly, the protection required for such tests is complex. An additional difficulty is that very high speeds require the use of reduction transmissions to adapt the speeds to the limits of conventional load systems. The use of reduction transmissions leads to further shortcomings such as gear play, friction, vibration, and additional inertias in the test layout.

The advantage of our test method? The use of an e-motor emulator eliminates all the listed risks and limits since there are now rotating parts in the test layout. Electrical field frequencies of up to 5 kHz can be emulated as standard.

Testing the interaction of KERS and HEAT in Formula 1

The FIA regulations from 2014 permit two electrical systems in Formula 1 powertrains: KERS (kinetic energy recovering system) and HEAT (electrical turbocharger), or the MGUK and MGUH. Both drive units work at very high speeds and a test layout with both these systems with a real e-motor has many associated disadvantages. Due to the high speeds, reduction transmissions must be employed to adapt the speeds to the load systems. The high-performance motors are extremely expensive and are subject to wear. In addition, the test bed times are limited by the currently valid regulations and a test bed with a real e-motor is subject to this rule. This means that inverter tests in such test bed topologies are subject to tight test time restrictions.

Our, and hence your, competitive advantage in this case? The use of e-motor emulators is not restricted by this. The test layout is considerably simpler, since no dynamometer, no reduction transmission and no expensive original motors are required. In addition, this test layout is not subject to the FIA regulation that limits test time!